Like Bizarre before him, Mr. Porter calls it quits with D12.

Mr. Porter has followed in Bizarre's footsteps, announcing his departure from D12.

Shortly after it was revealed he would be releasing his debut solo album, Mr. Porter, also known as D12's Kon Artis, took to Twitter to reveal that he would be splitting with the Dirty Dozen.

"I love every moment I have shared on this planet and with the people I shared it with I will always love the legacy I was apart off#D12," he Tweeted. "I got nothing but love for my crew I am growing and excelling as u should as an artist i hope you all support that!"

Mr. Porter, who clarified that he would maintain his role as Eminem's hypeman, wished his partners-in-rhyme the best in the future. "I want nothing but the best for @McVayD12 @kuniva and @Bizarresworld what proof created was beautiful and we had a great ride! Love N light"

Mr. Porter indicated that his "Kon Artis" persona had "died," perhaps symbolic of his departure from the multi-platinum collective. 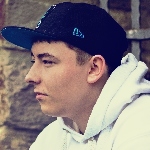